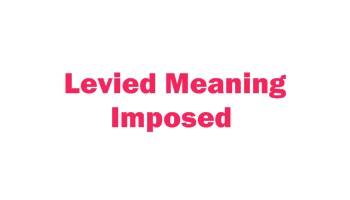 What Does Levied Means?

“Levied” meaning English is “Imposed” or “Collected” or “Charged” any amount of money (as a Tax or Fine or Penalty).
“Levied” is the past form of “Levy“.